"An Evening with the Honorable Condoleezza Rice"

Presented by Friends of Faith, Inc.

"My Times In Black And White" by Gerald M. Boyd 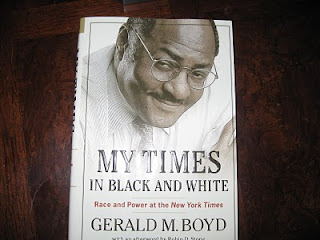 
So many books. . .so little time. This is the latest book I'm reading. I'm always reading five or six books at once.

For those who don't know, Gerald M. Boyd, was a journalist who became the first African American metropolitan editor and managing editor at The New York Times.

Under his leadership, the New York Times would earn Pulitzer Prizes, but as fate would have it, all did not end well.

Mr. Boyd "resigned" in 2003, after the fallout of the Jayson Blair (another African American "journalist," and I use that term loosely) plagiarism scandal. Unfortunately, Gerald Boyd got caught up in the corporate version of "driving while black."

The book's introduction, written by Gerald Boyd, is a story all its own.

This is a "must-read," especially for those of us (and aren't we all guilty at some point or another) who think that success is defined in large part by career.


For me, this is one that is hard to read - hard to put down. 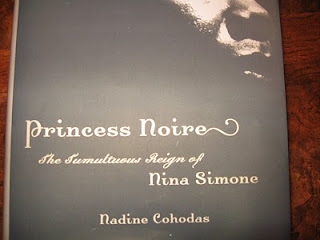 From the author of Dinah Washington's biography, "Queen," comes the story of Eunice Waymon - better known as Nina Simone.

"The gifts that would turn Eunice Waymon into Nina Simone (February 21, 1933–April 21, 2003) were apparent by the time she was three, though the passions, the mood swings, and the ferocious intensity that marked her adult life were buried for years under hter talent. She was born on February 21, 1933, the sixth of eight children, in Tryon, North Carolina, . . ."

A must-have for the African American home library.

I Get By With A Little Help from My Friends

Do you ever think that sometimes you just can't get through another day of the workplace. . .er. . ."drama," to put it nicely?

I was having one of those days and then randomly my ipod landed upon Twinkie Clark's powerful rendition of "Endow Me."

This is a selection from her CD recorded in Charlotte, North Carolina, entitled "Twinkie Clark and Friends."

What a powerful, gifted singer.

I think I'm going to get through the afternoon.

Elbernita "Twinkie" Clark is a two-time Grammy Award winning American gospel singer, composer, musician, and evangelist. She is a member of The Clark Sisters, an influential gospel vocal ensemble active since the late 60's.
at 2:25 PM 1 comment: