They're Back - "More Church Folk" by Michele Andrea Bowen 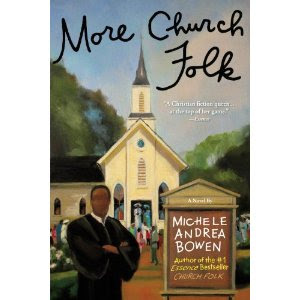 It's been almost ten years since we were introduced to those sanctified and "not so sanctified" brothers and sisters in Michele Andrea Bowen's first novel, "Church People."

Well, fast forward to 1986. They've taken their praising (and sinning) all the way across the waters to the Mother Land in this sequel.

While not as easy to read as the original novel due to the fact that there seem to be a lot more characters, it's still enjoyable and full of good clean humor.

Available in bookstores and online.

It's Never Too Late for a Proper Burial 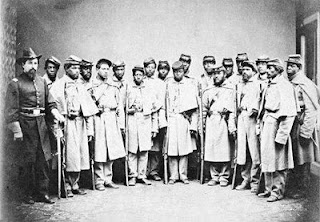 Samuel Brown Sr. is truly at peace now. The former slave and Union soldier's plot no longer identifies him as a member of the Confederate army.

Brown's surviving relatives and Civil War buffs in period dress gathered at Vallejo's Sunrise Memorial Cemetery on Saturday for the dedication of his new headstone.

"We are here to render long overdue honors to a man who pledged to defend his country in trying times," said Brad Shaw, a national officer of the Sons of Union Veterans of the Civil War. "Too long, he has been denied what is rightfully his. We are here today to give some small measure of the devotion he willed to us when he joined the Union Army."

Brown was born into slavery in Georgia in 1833. After being emancipated, he joined the Union Army at 32, where he served for about one year.

The 90-year-old was mistakenly buried under a Confederate headstone at the cemetery for reasons that remain unexplained.

Brown's family members visited the grave site for years without noticing the error. A cemetery employee who was cleaning up one day spotted the mistake and contacted the Sons of Union Veterans.

Shaw said all veterans deserve proper recognition for their service.

Did Luke Russert Go Too Far or Is Charlie Rangel Dodging the Question? 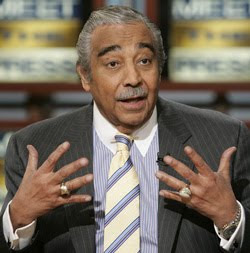 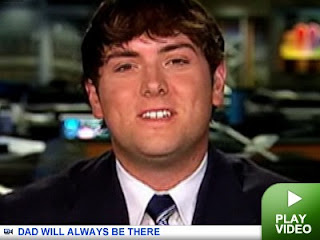 Check out this exchange between NBC's Luke Russert and Congressman Charles Rangel.

Visit msnbc.com for breaking news, world news, and news about the economy

Is the congressman being overly sensitive or did Luke's mama not "raise him right?"
at 10:56 AM No comments:

Oakland, CA: A who’s who of the gospel world is gathering to pay final respects to Grammy Award winning gospel legend, Bishop Walter Hawkins, who passed away July 11th after a two-year battle with pancreatic cancer.

On Tuesday, July 20th, some of the biggest names in gospel music will congregate at The Paramount Theater for a musical salute to Walter Hawkins who is known for his classic gospel songs such as “Goin’ Up Yonder,” “Marvelous,” and “What is This?” The musical celebration is titled, The Man, the Music, The Ministry: A Musical Salute to Bishop Walter Hawkins.”

Making a special appearance will be Hawkins’ longtime vocal muse and former wife, Lady Tramaine Hawkins, whose dramatic vocals were featured on Walter Hawkins masterpieces such as “Changed,” “Goin’ Up Yonder,” and “He’s That Kind of Friend.”

The funeral will take place the following morning, Wednesday, July 21, 2010 @ 11:00 am at the Paramount Theater. Bishop Kenneth Moales (of Prayer Tabernacle Church of Love, Inc. in Bridgeport, CT) will officiate at the ceremony.

Instead of flowers, the family requests that donations be made to The Walter Hawkins Memorial Foundation. Cards, letters and donations may be mailed to: Love Center Ministries, 10440 International Blvd, Oakland, CA 94603. 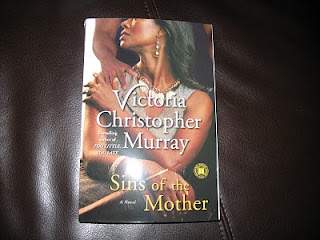 Congratulations to Barbara of San Francisco!

* Book courtesy of Touchstone Books (A Division of Simon & Schuster)
at 2:34 PM No comments:

Oakland Has Lost One Of Its "Chosen" - Rest In Peace, Walter Hawkins 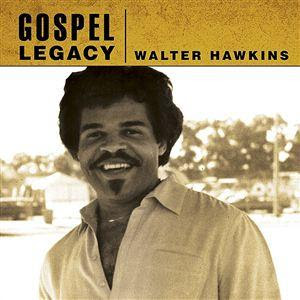 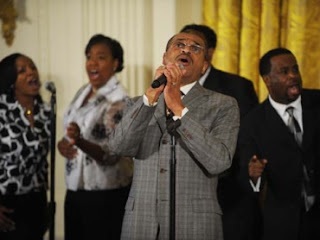 Pastor Walter Hawkins, an award-winning gospel singer/musician has died at the age of 61 in Ripon, California of pancreatic cancer.

Along with his brother, he formed the Walter Hawkins Singers who count among their many hits, the iconic tune, "Oh Happy Day."

Funeral arrangements are pending.
at 11:04 AM No comments:


For more information and details:

www.bayareablackexpo.com
at 9:15 AM No comments:

A New Twist On "Soul Food" 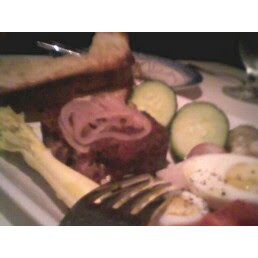 Had lunch at Kokkari in San Francisco today and just had to try an item on the menu called "Pikti." It's offered as an appetizer and the description reads:

Sounds a lot like a fancy version of hog head cheese and crackers to me ;0
at 2:01 PM 1 comment: 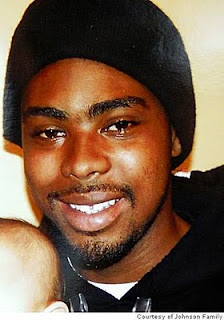 Okay, what's up? Like I said a few posts ago, I don't know how the jury will rule and I don't want to speculate. But come on, here's the latest -- today the jury will deliberate for only a few hours because one of the jurors had a doctor's appointment?

The jury got the case on Friday. Monday was a Court holiday. On Tuesday, a juror was ill. Then today, another juror began a scheduled vacation and an alternate had to be brought in.

Forgive me if I'm "misremembering" but didn't jury duty used to be an obligation, a legal obligation, to be taken seriously? There's a big part of me that feels the jury is making a mockery of the entire process. If they delay enough, will we all just forget that Johannes Mehserle, an ex-BART cop shot in the back and killed (either accidentally or accidentally on purpose) a man who was on the ground with his hands behind his back?

I realize that jurors are people too and things unexpectedly happen, but Oscar Grant's family and the community deserve more than delay after delay.

If the Judge doesn't force this jury's hand, tomorrow there may another delay due to a manicure appointment.

Chris Brown - Can His Career Be Saved?

In case you missed the 2010 BET Awards Show, Chris Brown did a tribute to Michael Jackson. I won't recap the entire event, but he was introduced by Jermaine Jackson. Well sort of. What Jermaine said was something to the effect of, "This is the one tribute that has never been done before. . .and here he is." Well, by the time people figured out who "he" actually was, the audience was already on their feet and some folks probably felt a lot like Michael Jackson wasn't really dead.

Yesterday, my daughter had some friends over and she played the awards show which she had recorded. When Chris Brown's performance came on, everybody had an opinion. A different opinion.

Chris Brown is arguably the only performer of his time who can actually dance and perform like Michael Jackson. His performance was so intense that Chris Brown broke down and cried, no, sobbed, no, bawled during his attempt at "Man In The Mirror."

The teenage girls' comments at my house ranged from "Too bad he's a woman beater," to "He is amazing," to "He's crying over his own problems," to "He's just faking."

Only time will tell if this 21 year old is "all washed up," or if he will make a comeback now, at a later date or at a much later point in his life.