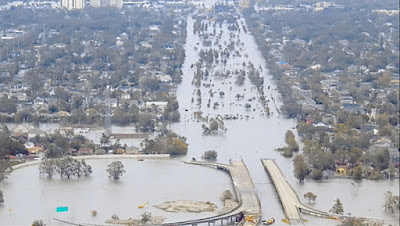 It's hard to believe it's been ten years today since we saw the horrendous tragedy that hit New Orleans in the form of a hurricane.  A natural disaster that no one could stop but many didn't prepare for - starting at the top with the Federal Government.

It's ironic that while we're in the midst of wondering, hoping and praying who will or will not be the next President to succeed President Barack Obama, the media is once again back in New Orleans to revisit what has transpired in the ten years since "Katrina" as she's come to be known (by only one word) ripped apart a city, families, communities, cultures and changed lives forever.

If there is anything good that came from this disaster, it was opening America's eyes (even when didn't want to see) to the fact that there are people suffering from poverty, lack of proper housing, clothing, streets, medical care and who just plain are being treated less than human right here on American soil.

For me, it introduced me to children whom I've never met personally but I've come to know and love.

New Orleans is still suffering a decade later.  People have been displaced, dispatched, relocated and will never return to home as they knew it for generations.  There were over 1800 lives lost.

In the immortal words of George Santayana, "Those Who Cannot Remember the Past Are Condemned to Repeat It."

Julian Bond, a leader in the Civil Rights Movement (SNCC) who served twenty years in the Georgia Senate and House of Representatives passed away August 15, 2015 in Florida at the age of 75. 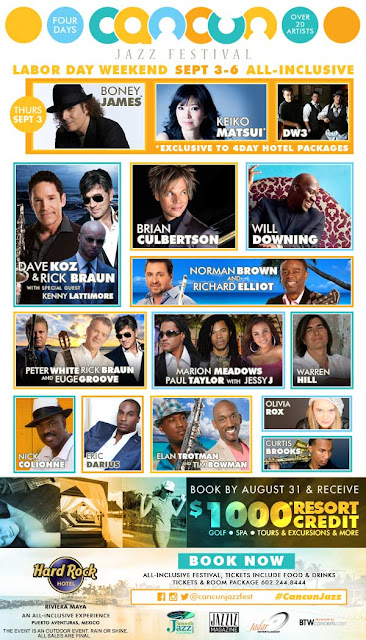 Presented by BTWconcerts
at 2:26 PM No comments:

I just finished reading “I Am Charlie Wilson” and feel good that I have received one of God’s examples of grace.  Charlie Wilson is a man who worked hard at what he loved but allowed a disease to go unchecked.

As his story reads, he had many reasons to be at odds with the world given his absent father, over-worked single mother and competing worrisome siblings.

He shares that his outside persona and hysterical fan base, belied the truth that was his shyness and lack of fortitude which made him susceptible and a victim to the vices that are symptomatic of dis-ease.

Oh, but for the Grace of God and the work of Angels, Charlie, last name Wilson, found himself being picked up and put back on his feet with a greater sense of purpose and strength than he had ever possessed.  He came to not only strip away the disease of addiction but he found a power greater than himself to lead the way to a fuller more purposeful life.  His already great gift of song and performance was enhanced and like the territory of Jabez was widened.

Good going Charlie.  Thanks for Sharing.

I read my first James Baldwin Novel when I was about eight years old.  I have no memory of what it was about.   I'm fairly certain it was "Go Tell It On the Mountain."  It belonged to my sister who was more than ten years older.

I was a voracious reader and read at an early age.  And I read whatever I could get my hands on.  You can only read fairy tales so many times, and then you have to broaden your tastes.  And with a limited library in my home, that meant "borrowing" books from whomever.  In this case, my big sister.  I'm fairly certain she never even knew I borrowed or read it.  That's the thing about little kids.  They're so much smarter than we give them credit for being.

We must continue to expand our study of black history beyond the classroom, and most definitely, beyond February.

Happy Birthday, James Baldwin.  We are very lucky that you live on in your literature.
at 8:42 PM No comments: